How to make neon light signs in Unity 3D

As part of my game, I was trying to create a whole apartment like environment. I decided to call it a motel instead. So I had to put a sign saying it's a motel(how else would people know right?) 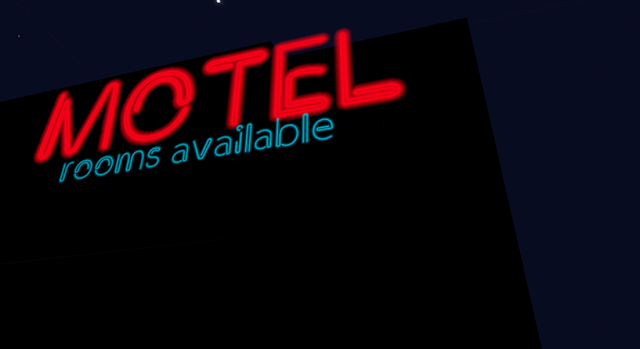 To create the simple glowing text you need text mesh pro. It's available in Asset Store as well as in Unity Package manager.

Inside Unity, go to Window > Package Manager and search for text mesh pro. 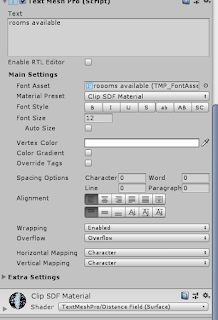 Once selected you'll be able to see a number of settings under shader and can enable glow from there. I'd recommend playing with numbers here to suit your scene. 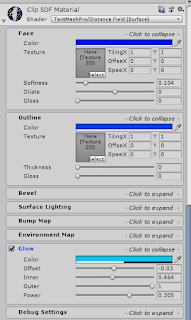 Now that you have your glowing text if you want more you'll notice they seem to be using the same shader which will cause a problem if you want glow signs in different colours. For this, we need to create a duplicate of the font asset we are using and use different font asset for different text signs. You can either duplicate a previous font asset or create a new one using a different font. To create a font asset go to Window > Text Mesh Pro > Font Asset Creator.

Under Font Asset Creator tab select source font file and generate atlas and don't forget to click on Save Font asset under that. 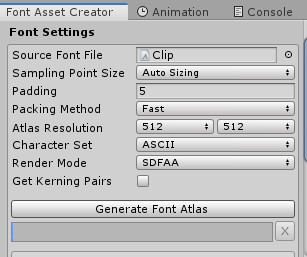 Once the font asset is created you can switch Font Asset in Text Mesh Pro settings and that will use the shader associated with this font asset.
Just make sure you use a different font asset for every glow text of different shade.

Lighting in Unity 3D can some times get tricky. I just spent hours into making sensor lights only to come up with a very obvious solution.
At first, I was using baked maps which were the primary reason for my trouble.

I know it's kind of obvious but I need to state it for anyone who is struggling with the same.

Don't use Baked Lightmaps if you want real-time illumination.

As simple as that. I even considered lighting up the environment by real-time switching different lightmaps. Thanks to the complexity of such task I didn't do it.

Finally, the solution was to use simple point lights. To give the lights better look I used emissive materials.

Here are the results. 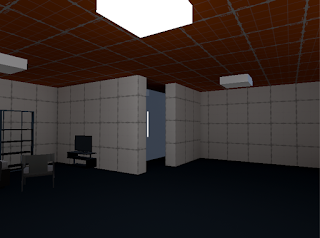 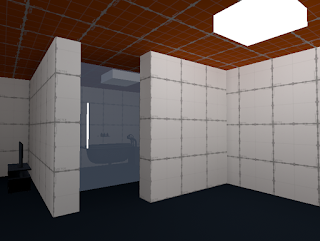 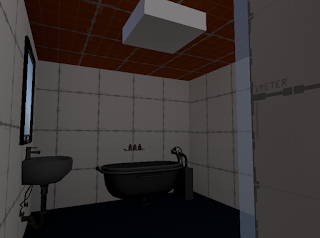 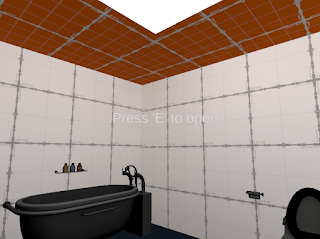 Here's how I did it.

Here's the script attached to the Light Controller.

I also created two emissive materials with the following the property. They're just new material with albedo set to white and HDR Color set to white in lit up light(cuboid object above) and Black in dim light. 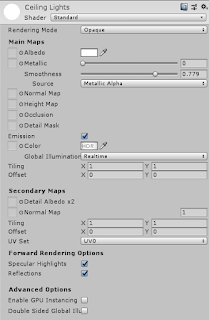 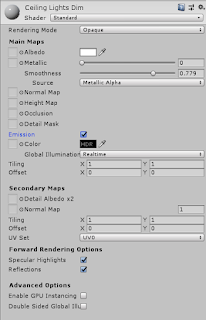 In case my naming of objects and variables is causing any confusion, there is two sources of light in this, cuboid and a point light. Originally I wanted to just light up the room using cuboid with emissive material but that doesn't work in real time lighting as they need to be baked. So I ended up using a point light to illuminate the room in real time and cuboid with emissive material to make it look better.

Hope this helps anyone looking into sensor lights. In case of any query feel free to comment below.