Realme 2 vs Realme 1 what should you get?

With the announcement of Realme 2, it sets a new standard for the smartphone market as this will be the cheapest phone with a notch above priced at just 8,9990 Indian Rupees. 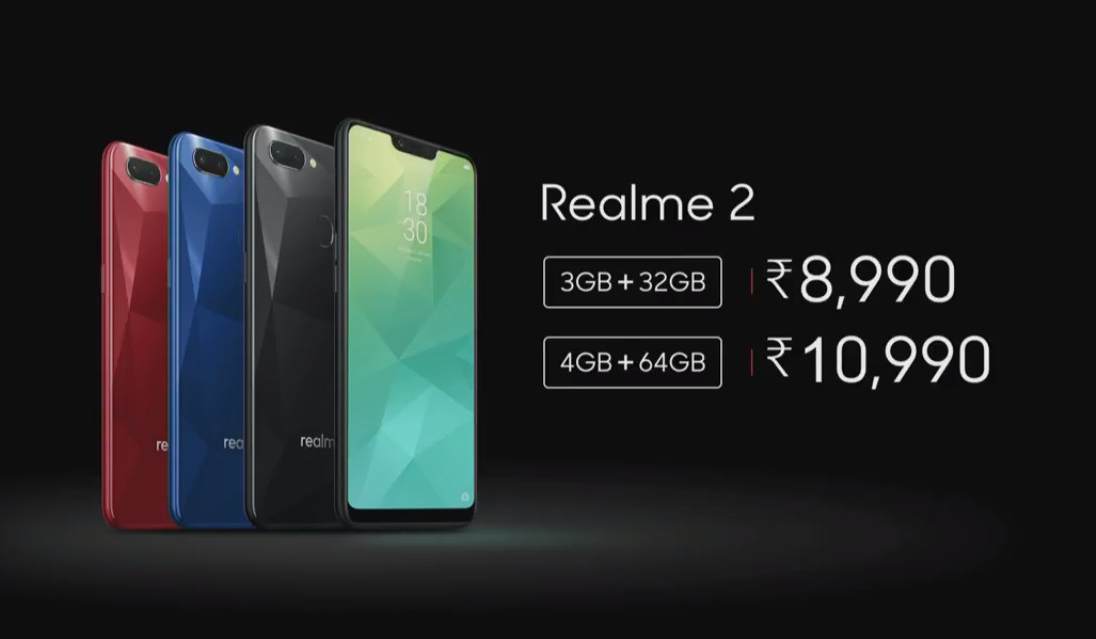 but is it really worth buying considering its predecessor has better specifications?

The answer is up to who is going to use the phone.

Realme 2 has downgraded few things to compensate the cost of production to provide other physical features like a notch and a fingerprint scanner at the back.

There is no 6GB + 128GB version of Realme 2 yet and it's not certain if the company will be launching one.

As of now, we can only compare the cheapest version of both the phones for a better understanding of what you'll be loosing or gaining upon choosing one.

Lower Resolution.
Realme 2 screen has a resolution of 720 x 1520 compared to FHD+ resolution of Realme 1.
But considering the GPU on Realme 2, this resolution will be best suited for the phone without any performance downgrade.

Now the reasons why Realme 2 is probably the best phone in its price range.

A notch for nothing.
Realme 2 is the cheapest phone with a notch which not everyone but a lot of people prefer.

Fingerprint Scanner.
This is probably the one features Oppo should have given on Realme 1 itself. Anyway, the covered their mistake and Realme 2 has a rear-mounted fingerprint scanner.

Better camera.
Realme 1 features a dual back camera which is definitely an upgrade from the previous single camera on Realme 1. This will allow users to take photos with bokeh effect.


Now considering all this Realme 1 and Realme 2 remains the undisputed king of their category of the price range. No other phone until now has a better specification in this price range. Now to decide which one is better for you, the answer is up to you.
For instance, I can only point out,
Realme 1 is better for gaming with a better screen and processor. Realme 2 will be okayish for gaming, Realme 2 is more of a phone for display with a notch and fingerprint rather than performance.

Email ThisBlogThis!Share to TwitterShare to FacebookShare to Pinterest
Labels: Mobiles and Gadgets