If you're unable to reload or your inventory a.k.a. your bag is always empty, everything you pick just goes into some unknown void and you're just clueless as to why bad things always happen to good people. Just relax because it is not a major issue and can be resolved easily. 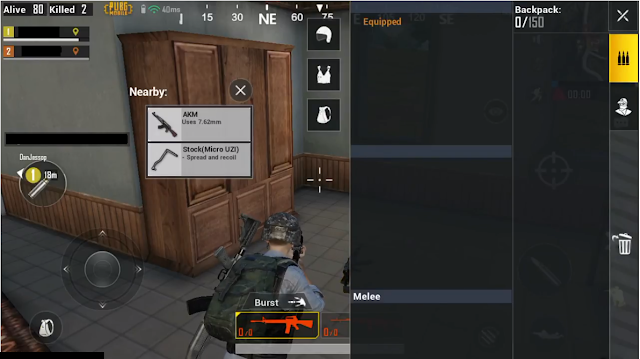 And for people who want to dig a little deeper.
This is probably not a big deal for the developers working on PUBG and I guess they can fix it in no time once and for all.
It probably happens because of some data that were stored previously either from the game you left in between or you got disconnected from and are causing some conflict with the new data from the current game. So even if you uninstall the game and reinstall it won't fix because some of the temporary data remain in the phone which the application expected to be flushed when the device will be restarted.

So the only option to fix it for your current game is to just Restart the phone.

How to abuse Batlepass DOTA 2

Now available How to abuse DOTA 2 Battle Pass 2020
DOTA 2 is an immensely popular RPG game and is well known for hosting the Biggest prize pool competition for last 4 years since The International 2014.

Now if you've ever bought the Battlepass you contributed to this prize pool. Anyway, it's totally worth its value but gets really expensive if you wish to reach higher levels. It's literally impossible to reach over round about 300 levels without buying extra levels.
Even then it is not assured you will win every bet and predictions unless you start grinding by Battlepass abuse.
Since this season has already ended I'll share a little tutorial on how Battlepass abuse for DOTA 2 works.

Disclaimer: I'm in no way responsible for any damage you incur to your account or behaviour score. Also, note that if caught Valve might ban your account.

But that's a rarity. Considering the requirement for 6 months or 1 year of ban we're not doing anything punishable.

What is Battlepass abuse?It is an exploit in the matchmaking process of DOTA 2 where we match against the teams from the same lobby.
Then we let one team win first then we match again and let the other team win. And we place all our bets when it's our turn to win.
This is likely to work for 2019 The International Battle Pass as well.
How to abuse?

Some unsaid rules for abusing,

This abuse tactic can also be used to increase MMR, improve behaviour score or remove Low Priority penalty. But that clearly is unjust and you're likely to get a 6-month ban if you do so.